Some of the team, and especially Tim, have been involved in making some audio recordings in the field over the past two seasons in preparation for a radio broadcast by the BBC. This programme, entitled Lawrence of Arabia: The Man and the Myth, is a Just Radio production for BBC Radio 4 and aired last Saturday in the UK.

It can be heard by clicking the following link for the next few days. If it subsequently becomes a podcast that link will be provided also.

Lawrence of Arabia: The Man and the Myth 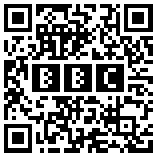 It's a very interesting programme and includes several passages of recorded interviews with GARP team members.
Posted by Roger Ward at 22:21